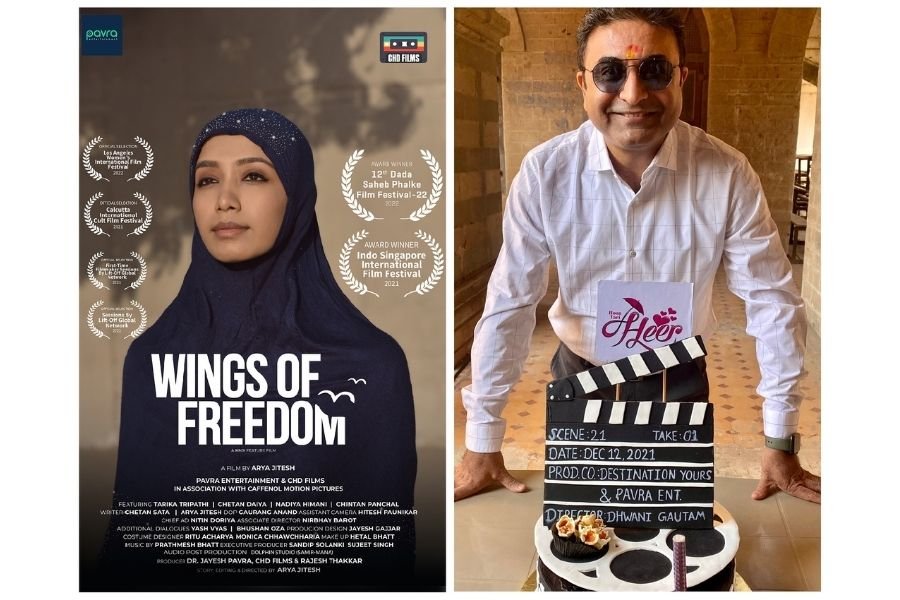 The story of the Feature film, “Wings Of Freedom” revolves around Arefa, a 23-year-old girl who belongs to an orthodox lower-middle-class family. The young girl has been dealing with her inner and outer conflicts as she is getting pressed by her family to get married. Her monotonous life takes a U-turn when she is bumped by a stranger guy at the bus stand. This instance leads her to develop a completely new perspective of life.

Director of the Feature film, Arya Jitesh shares, “A girl caged by her inner thoughts, outer conflicts, and how she overcomes them was the central idea of the film. We all in our lives go through a phase when we don’t have any idea about what to do in our lives, and then one incident completely changes us.”

PAVRA ENTERTAINMENT has produced over four Gujarati films and 1 Hindi film until now. It has become a big name in the national and international film production industry because of present-day and multiple upcoming projects. As the entertainment industry sector is all set to boom in the next few years, content creators with real talent and passion will be ruling the industry.

PAVRA ENTERTAINMENT is a film production and promotion company founded by Dr. Jayesh Pavra, an entrepreneur, doctor by profession and producer by the passion that caters to numerous digital entertainment production platforms such as web series, songs, theatre, plays, and more. Apart from organizing music events, concerts, and event management at resorts and clubs, its other Feature films include “Dhuandhar”, a super-hit psycho-thriller Gujarati film with superstars Malhar and Hiten Kumar. Some of their ready-to-be-released films include “Kahi de ne Prem che” and “Rahil”.

One of their most upcoming films is “Hoon tari Heer”. It is an Indo-European production project whose major shooting parts have been completed in Budapest, Poland, and Lithuania. It is a musical love story film that aims to empower women. The soon-to-be-blockbuster film will be dubbed in four languages, i.e., French, English, Spanish, and Hindi keeping in mind the tastes and preferences of the global audiences.