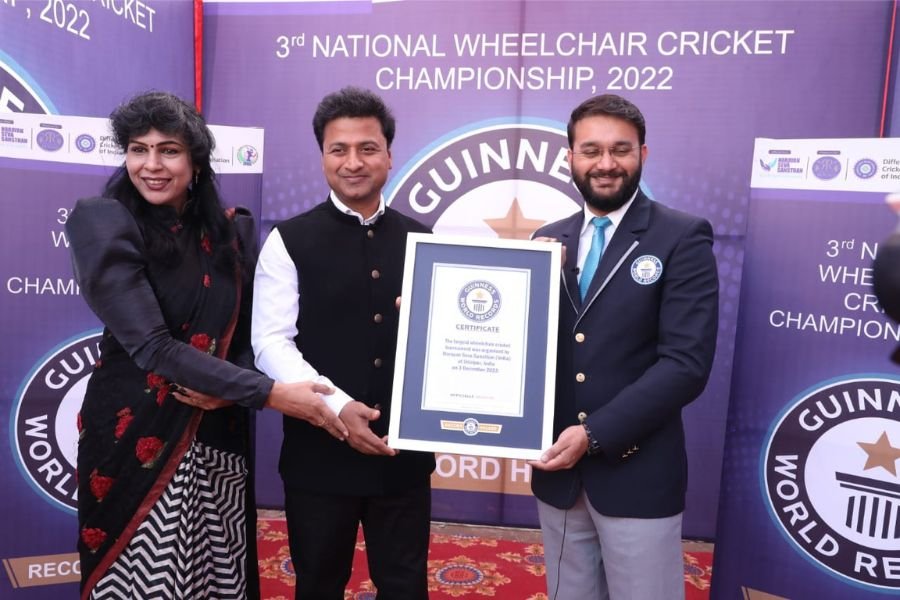 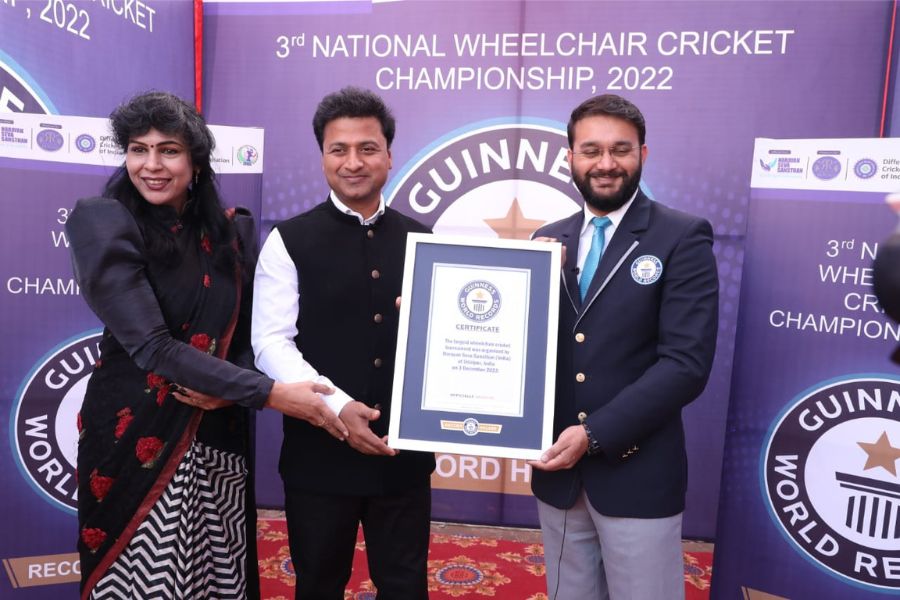 Udaipur (Rajasthan) [India], December 5: The third edition of the National Wheelchair Cricket Championship concluded in the city of lakes Udaipur with a world record being created on Saturday.

Organised under the joint aegis of Narayan Seva Sansthan, DCCI, WCI and Rajasthan Royals, Uttar Pradesh captured the championship trophy by easily defeating Haryana in this seven-day tournament. Haryana was the runner-up, and last year champions Punjab were eliminated this time in the league match itself. Narayan Seva Sansthan President Prashant Agarwal said that the world’s largest wheelchair cricket tournament was recorded in the Guinness Book of World Records for the first time. In this regard, Guinness Book representative Swapnil presented the certificate of world record to Narayan Seva Sansthan. In the beginning, Padmashree Kailash Manav, the founder of the Sansthan, while welcoming the guests, gave information about the 38-year service journey of education, treatment and rehabilitation of the differently-abled.

A cash prize of Rs 2.50 lakh was given to the Uttar Pradesh team that won the championship in this tournament of determination, zeal, and passion. The runner-up Haryana team got Rs 1.50 lakh.

The grand finale was played between Haryana and UP at RCA ground in the presence of hundreds of cricket lovers. UP won the toss and invited Haryana to bat first. Three important batsmen of the Haryana team returned to the pavilion in the very first over. The team lost the first wicket on the first ball, the second on the fourth ball, and the last ball of the third over. Due to this, the team came under pressure; due to the quick fall of wickets, the Uttar Pradesh team all out the Haryana team in 14 overs. Haryana could score only 85 runs. Taking the spirit of victory, the UP team, led by captain Somjit Singh, captured the championship trophy in 6.2 overs without losing a wicket. All-rounder Shailesh Yadav from Uttar Pradesh scored a brilliant 36 runs in 20 balls and was also awarded the man of the match title. Opener Anmol Vashisht also contributed with 45 runs.

The best batsman of UP in the tournament, Monu Master of Haryana, was selected as the best bowler; Gaurav Yadav, the best fielder from UP and Shailesh Yadav, the man of the series from UP, and the award for the most disciplined team went to Karnataka. It is notable that on Friday, the first semi-final was played between Delhi and Haryana and the second between Uttarakhand and UP.

If you have any objection to this press release content, kindly contact pr.error.rectification[at]gmail.com to notify us. We will respond and rectify the situation in the next 24 hours.