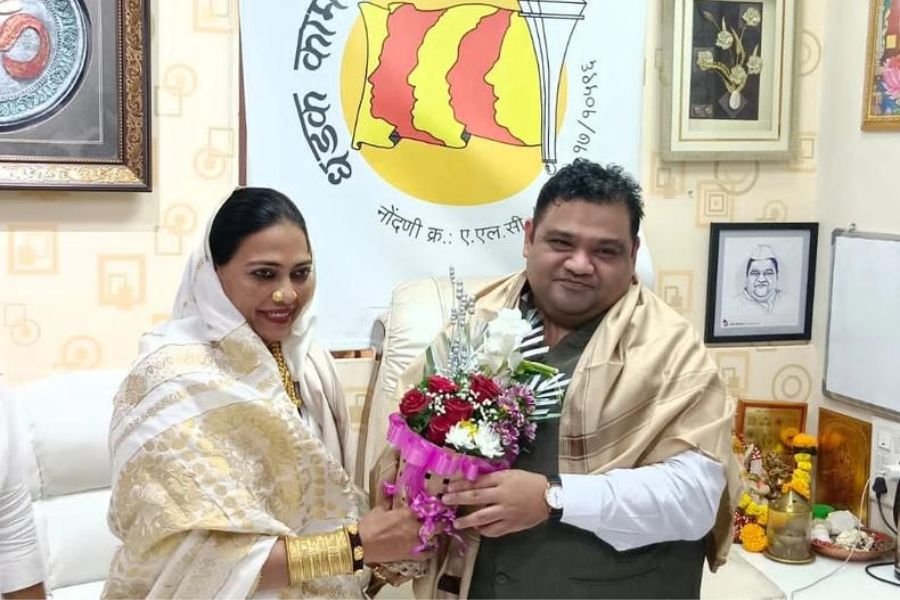 Mumbai, December 10: Renowned social media star, Saira Sattani, became a significant member of the Dhadak Kamgar Union on Nov 8, 2022. She has been appointed as the Maharashtra Vice President of the Women’s Wing of Dhadak Kamgar Union under the chairmanship of the union’s General Secretary, Abhijeet Rane.

Blue-collar workers endure a lot of unfairness in the corporate world, but not many people care about and fight for them. Abhijeet Rane is a pioneer in grievance redressal for blue-collar workers, also known as manual laborers. He has always been at the forefront of the war against the exploitation of these laborers by being the Founder & General Secretary of the Dhadak Kamgar Union.

Abhijeet Rane launched the labor union several years ago as a crusade against injustice, exploitation, and malpractices in business, industry, and labor-oriented organizations. He is also a successful businessman, besides being a rising star in Marathi journalism, who strives to solve the problems of blue-collar workers with the power of the pen.

A well-known Youtuber, content creator, and TikTok star, Saira Sattani has been famous through social media since last 2016. But, her greatest role is that of being a loving mother to two sons and two daughters, who mean the world to her. Saira also has a network of various businesses like property investment and share market.

The availability of food became a major issue during the lockdowns of the Covid-19 pandemic. In such a difficult time, Saira lent a helping hand to Bengali workers stuck in Mumbai’s Ghatkopar area by making food, ration and money available to them through just one follower’s message.

Abhijeet Rane has been acquainted with Saira Sattani for just a few days. But, he is farsighted and has a deep understanding of people who are dedicated towards their work as well as towards serving society. It is this that led to the appointment of Saira Sattani as Maharashtra Vice President of the Women’s Wing of Dhadak Kamgar Union, a significant position that has a lot of responsibility attached to it.

Abhijeet Rane welcomed the joining of Saira Sattani to the Dhadak Kamgar Union as well as her appointment saying, “I only knew her for a few days. I came to know her only after my birthday, which was on. I have seen her efforts to do something for society and the seriousness she has towards her work. So I am confident that she will definitely do something for society through this new responsibility.”

In these modern times, social media plays a key role in the growth of any business or organization. The joining of Saira Sattani is expected to help Dhadak Kamgar Union grow significantly. This would further help Abhijeet Rane ease the pain of blue-collar workers for whom he established the labor union.

On her part, Saira Sattani is grateful to Abhijeet Rane, through whom she had the privilege of joining the Dhadak Kamgar Union. She values her appointment as Maharashtra Vice President of the Women’s Wing of the labor union and has already committed to taking the union forward through her sincere efforts and honesty.

Expressing her gratitude to Abhijit Rane, Saira Sattani said, “This is for the first time I have been associated with any organization, and it was possible only under the guidance of Hon labor leader Abhijit Rane sir. I will keep working to promote the Dhadak labor union through my hard work and honesty.”

If you have any objection to this press release content, kindly contact pr.error.rectification[at]gmail.com to notify us. We will respond and rectify the situation in the next 24 hours