While we see demonstrations all over the country, a small minority of them degenerate into violence. Much of the violence is because it fuels anger against people who have had enough of the discrimination, terror and violence against black people in our country. The approach of President Donald Trump and U.S. Attorney General William Barr has been to call for a return to law and order, and if this does not happen, they argue for a willingness to use heavy police and military force against the protesters. At first glance, law and order seems like a good idea. Without them, society collapses, companies can no longer function, some lose their buildings and supplies and lives are lost. 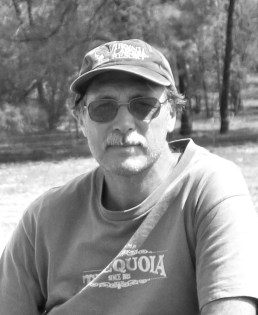 But law and order has a history that needs to be examined on its dog whistle, which sends a signal to white and colored people. It all started in the 1960s, when dozens of civil rights protests degenerated into violence. Many public and private organisations have carefully examined the underlying causes of these protests and most agree that the unbridled discrimination and gross injustice against blacks in all segments of society fuel latent anger and resentment, which only waits to erupt. These reports recommended major changes in the legal, professional, educational, police, scientific and other sectors of society to address long-standing racial injustice. But instead, President Johnson has set a different agenda: A war on crime, supposed to help restore order.

But what is law and order? Part of the law, in the word law and order, means different things to different people. There was a time when the laws allowed blacks to be submissive, that it was forbidden for blacks to learn to read and write, that the choice of people with colors was limited (which still happens), that blacks were forbidden to stay in cities after sunset, that blacks were forbidden to buy houses in certain neighbourhoods and were even forbidden to be unemployed (after the civil war they used whites from the South to put blacks in prison and then reintegrated them into the cotton fields on the basis of a contract).

In every segment of this country’s society there are laws that are more damaging to blacks than to whites or that favour whites over blacks. If you add to that the brutality that the law (the police) regularly commits against blacks, you will see that this word has a different meaning for a black person and for a white person. For the former it is generations of discrimination, prejudice, terror, anathema; for the latter it is access, protection, privileges and goddesses.

Let’s move on to the second word in the expression public order, the word order. Again, the value can have very different connotations depending on whether it is black or white. An order can mean stability, the status quo, a return to what should be. This often means not hesitating, but working within the system, and gradual change is better than no change at all.

For some, order means maintaining a social hierarchy that guarantees the privileges and benefits of whites, privileges and benefits that many do not even know they have. It is a system that resists change, allowing hidden injustices to be at least as good as they were (better than when? 100 years ago? during slavery?). Order can be a bottle of disappointment for a black man who kisses the boss and the authorities by playing a game, because it is better than being fired from work, going to prison, having a criminal record or being killed.

Until it’s too much to keep. Another pointless racist murder and order means that it is time to question the existing order at a level that attracts people’s attention.

President Trump does not know these nuances of meaning when he refers to law and order in his tweets and speeches. He knows that this is a clear signal to his white base and that all blacks will hear that he is prepared to punish those who dare to question the existing order. His use of terms like extreme military violence and bad dogs on the demonstrators tells blacks to retreat, otherwise he will push them to the edge of the abyss, as he did during the days of slavery.

Trump uses language intended to increase the fear of blacks and whites, knowing that people do not act rationally when they are afraid. He hopes that the whites will turn to an encouraging and determined leader (themselves) and that blacks and other conscientious practitioners will lose their willingness to address issues of social justice in public with determination and firmness. I appeal to them to speak out loud about laws and a just and balanced order.

After we came through this together, Atasquadero…

Freedom of expression and speech, not an absolute right

Kingdoms of Amalur: A Messy Return to the Faelands: Re-Reckoning Review:

Covid-19 update: Sleepy Panchsheel Park even more quiet than it was before – delhi...

In Break With Past, UAE And Bahrain Forge Ties With Israel At White House